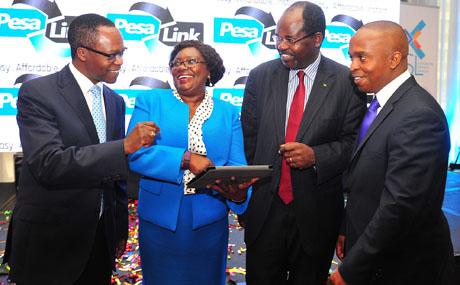 The year 2016 came with a full bag of surprises and did not disappoint. In all my years of watching the market, I have never seen countries overtly pursue radical protectionist policies like last year.

First, the British public went against expectations and voted to exit the European Union, a move that caused a ripple effect on markets across the globe. Then the Americans decided that the Donald should be president; never mind his overt racist, chauvinist and selfish approach to governance. Locally, President Kenyatta surprised the nation when he signed into law the banking amendment act of 2016.

For the longest time the Kenyan banks have been the port of call for investors; they were profitable, resilient, and stable and the price gains were attractive. This was especially true for the 6 leading banks. However, for the last three years it seems the fellowship of the gold standard has been haunted by new demons. Have the Kenyan banks lost their shine?

The country has 42 banks. Of these, 6 banks control about 52.4% of the entire industry. These are Kenya Commercial Bank , Equity , Cooperative Bank , Stanchart , Barclays Bank  and Stanbic . The 6 have held the industry under their oligopolistic manoeuvres for a long time, charging high prices and raking in super profits.

A look across the board reveals that the stock quotes of these banks have been falling since 2015 and some from as early as 2014. Banks thrive in a healthy economic environment. However, when the shilling fell to over 100 against the dollar, the rains started beating the banks. With a weak currency regime, the sector suffered a great deal. Ironically, it is the banks that were blamed for the currency devaluation of 2012 considered to be a catalyst for the current one.

The banking amendment act made things worse for the banks.

Perhaps the biggest loser in this incident is Diamond Trust Bank (DTB) which has since shed off 35% and is still falling. On the other hand, Standard Chartered retained its resilience and has only shed off 0.485% since August. However, this is a recovery considering the stock fell to 168 earlier on, an 18.45% drop.

Given the falling prices, the new law and an economy performing less than expected, I would have dismissed the banking stocks at a whim. However, the history of banking says otherwise.

The Kenyan banking sector has innovated in the past to remain relevant. From ATMs, internet banking, mobile banking and now agency banking, the sector has gone the full circle. Each time a new distribution channel has been added, new value has been created as the businesses access new markets and speed up operations. The amendment act seems like just another hurdle.

A few weeks back, the Kenya Bankers Association launched PesaLink, a platform that connects all banks and allows customers to transfer funds across banks, thereby increasing the velocity of money. If handled carefully, PesaLink can restore the sector’s profitability while empowering local businesses and contributing to economic growth. There is real potential for electronic credit, information sharing, automated clearing and e-commerce. PesaLink is the silver lining in the banking stocks.

As we come to the season of annual reports, the profits of many banks are expected to be lower than the previous year’s. This is especially true for the small caps. The loan books have shrank or stagnated since August informed by low liquidity as most deposits are short term while most loans are long term. Giving out short term deposits on a long term arrangement raises liquidity risks and many small banks are still juggling with the reality as is.

Further, banks are now more careful to lend only to high prime clients with proven records while high-risk smaller players and beginners are shunned to mitigate default risks that was previously covered by the extra income from higher interests.

PesaLink is expected to improve liquidity, increase turn-around times for lending and give banks access to the micro-lending market which is dominated by microfinance institutions.

History proves that innovations have positively changed the financial services spectrum many times in the past. With PesaLink in place, one can expect the sector to make some more pesa!