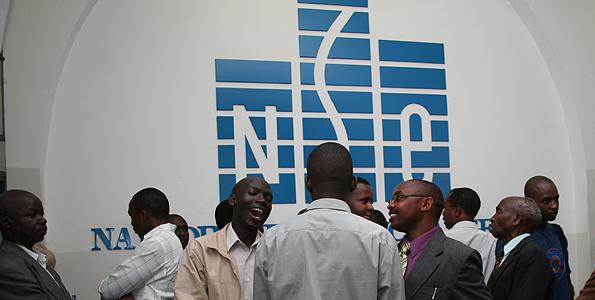 This is an especially appealing myth because it implies that the investor, privy to the hottest and most important rumours that move the markets, has attained some special position within the financial world. It flatters the ego to imagine that you can hear about and properly determine which rumours are important and which are just noise. But it’s almost always a mistake to assume, when the investor is among a community of millions, that they enjoy some special status.

This old adage has more meaning for traders than for investors since they like to apply this principle when they get wind of any market event such as an impending merger and/or acquisition, appointment of a new chief executive officer, joint venture, infusion of new capital et cetera. All of the speculation around such events tend to create a lot of volatility in a stock and run up in price that often ends as soon as the company makes an official announcement. Any corporate event can be used to employ this strategy, so long as the news is important enough to get other traders interested.

The hope for this kind of investors is that the market will like the rumour and the stock price will go up. Then, when the news confirms the rumour, the price will go higher and an investor could sell at a profit. Of course, everyone can’t do this, because if they did, stock prices would jump on rumours and plummet on the news.

The biggest risk with this strategy is that an investor will act on false rumours or “true” rumours that eventually change. A good example happened in 2006, when Sameer Africa  was rumoured to be an acquisition target by a Chinese firm. As a result, speculators “bought on the rumour” sending the stock to KES 34.25, up from KES 15 inside one month. This represented a whopping 128 per cent. However, when the deal fell through (confirmation came in March of 2007), the stock crashed to its previous starting point in a similar speed as it rose. This proves the difficulty in determining the quality of rumours. Pursuing a hot tip with the hope for a confirmation in the near future is a sure way to lose your cash.

Investors have to be cautious of tips emanating from internet stock message boards, social network platforms such as facebook and twitter, strangers and from so-called market gurus. Some of these sources have led to a proliferation of phony rumours and even faked news releases. Investors interested in pursuing such a high-risk strategy should seek to verify the source of every rumour. This is important because scam artists who originate these rumours tend to believe that investors will not do their due diligence. For this reason, it would be important for investors to treat every rumour with scepticism. It would be prudent to be wary or rumours and to invest on the merits of fact.