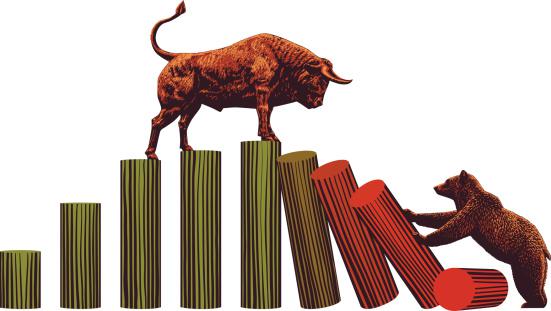 If you’re an NSE  investor who went heavy into the stock market at the height of the last bullish run (most notably from late 2013 till early 2015), you have no doubt had a fair share of sleepless nights wondering what went wrong yet the stock market was doing well when you got in. To understand this better, we need to look at the stock market cycles; the bull and bear runs. In between the winners of both cycles there are those investors who pour their hearts and souls into the market driven by a herd mentality that hypes up performance. These are termed the “Pigs” as they are clueless as far as market cycles are concerned and they always lose out hence the industry saying that “Bulls make money, bears make money and pigs get slaughtered.” Pigs form an interesting section of the market; they are always there to buy when the bulls are exiting the market.

The NSE has not seen anything out of the ordinary in spite of the obvious restlessness of investors as the bear run continues unabated. Bear and bull runs happen all the time, what an investor needs to know is which cycle is prevailing and consequently adjust their portfolios accordingly. Most fund managers will always offload or lighten their exposure in the NSE once the index breaks the psychological 4800 points mark, and instead opt for fixed income securities as a hedge against the inevitably imminent downward market spiral. Individual investors will often do the same to avoid value erosion on their equities investments.

Options during bear runs are varied in Kenya, with most people preferring real estate as security against volatility, Unit Trusts (money markets) due to their cheap entry and easy exit requirements and also the Treasury Bills and Treasury Bonds. For investors with better liquid positions, there are the CMS products for short term gains.

A solid portfolio with carefully selected stocks tends to weather bear storms that cause value erosion. We have seen paper value erosion on most of the listed companies, but several companies like Safaricom , Kakuzi , Sasini , Kenol Kobil , Bamburi Cement , Kenya Re , Jubilee , etc. have continued to defy market trends and post growth in their market caps.

A major problem many investors exhibit is trying to time the market, yet lack sound guidance on equities investments. They buy good stocks expecting perpetual gains, sell them at the first instance of a price pullback, then rush to load cheaper penny stocks that will supposedly double within a short time, fundamentals notwithstanding. These penny stocks are eventual value traps. At the extreme, these investors dispose of everything at huge losses and depart the market completely, never to return. Essentially, they sell good stocks and buy stocks that are worse than what they sold, all in the pursuit of quick profits. That’s a problem when strategizing for a bear market at the NSE.

People panic-sell and never get a chance to prepare for the rebound because they are too frightened to get back into the market and their own impatience and short-termism costs them an opportunity to grow their portfolio wealth during market rebounds. As history has proven time and again, rebounds always happen and they reward the strategically patient investors.

During the last NSE bear run, the 20-Share Index bottomed out at about 3100 points in January 2012, having come down from a low bullish peak of 4675 points in November 2010. At the rebound, we were about to have the 2013 elections and so the mood was quite politically heated as it is now. The US had just had their elections, with Obama winning a second term. Before then, the last bear had bottomed out at an ugly low of 2450 points in March 2009 (businesses had been totally disrupted by PEV), having come from a peak of 5550 in September 2007. The index is currently tinkering between 2900 – 3000 points mark, having hit a 52-week low of 2790 points early last month and coming down from a bullish peak of 5500 points in March 2015.

Intelligent investors are busy purchasing stocks now, such that when the market recovers, their portfolio averages will be low enough to start gaining earlier than their counterparts who are waiting to start buying when the hype about markets rebound hits the mainstream news channels. Instead of panicking and staying on the sidelines waiting for the best entry points, people should buy now because indicators are already pointing at a market that is bottoming out.