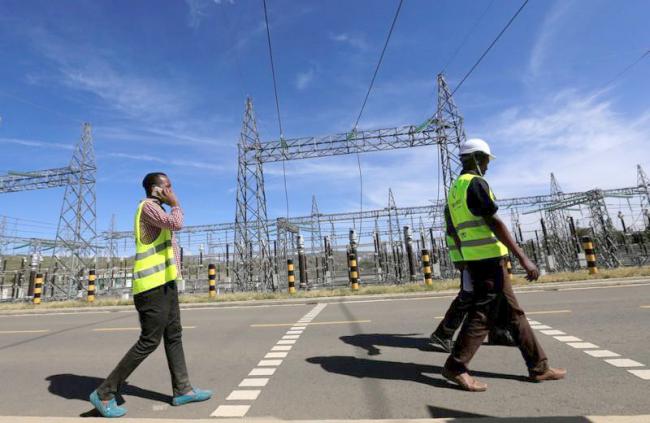 In 2015 when President Kenyatta was launching the Olkaria geothermal project, he and other speakers promised the dawn of a new era of cheaper electricity. Years later, the promise remains elusive as the cost of electricity has remained steady.

Kenya has a total installed capacity of 2300 MW. However, the country consumes only 1800 MW. About 500 MW remains unused or is lost in transmission. Elementary economics would suggest that because power is in excess, therefore it should be cheaper to consumers. But this is hardly the case.

The cost of power is determined by the method of generation and the installation costs. World over, the cost of installing renewable energy is much higher that merely putting up a diesel powered plant. At the same time, the diesel powered plants are costly in generation as they need a constant supply of fossil fuels. The world is moving towards clean energy and Kenya is in this process too. This means many installation projects are on course while the traditional diesel plants are running.

This combination is costly because the government has signed long term agreements with independent power diesel-powered plants (IPPs) to produce and supply electricity at exorbitant prices. Whether this power is consumed or not, the IPPs must be paid for supplying power to the grid. On the other hand, investors must recoup money invested in the renewable energy projects. In case the project was financed through debt, the debt must be paid whether the generators are idle or in use. Both costs are thus constant and not dependent on consumption.

Thus, the combination of IPPs producing expensive power and renewable energy installed at exorbitant prices, make the cost of power to rise significantly. The cost would however be spread out if the country was producing and consuming to capacity. The cost of one unit of power consumed would be lower merely by the fact that more units are consumed to meet the constant costs of IPPs and debt payments. Given this is not the case; the cost of power continues to rise as the country invests in unnecessary power with the hope of attracting investments.

On its part, the government is not relenting. The energy policy paper stipulates that the target is to have an installed capacity of 5,000 MW by the year 2020. This is in line with the vision 2030 that projects our growth figures at 10% and above annually. Sadly, the actual is far from the forecast. The country’s average growth is in the range of 4%. Additionally, instead of attracting foreign direct investments, many manufacturers are closing shop in Kenya citing high costs of production, cheap importation of counterfeit goods and government corruption.

The vision 2030 mega projects that are supposed to drive growth have negative report cards. The standard gauge railway (SGR) that was supposed to ease transportation of goods and people from Mombasa to capital and the neighbouring countries have been installed at a huge overblown cost, with the cost of using it being out of reach for many importers in spite of the government subsidy. On the other hand, the trains are diesel powered on a single track, further compounding the transport challenges.

The Konza technology city is stuck, with construction yet to start. Isiolo resort city is yet to begin. The LAPSSET (Lamu port South Sudan Ethiopia) corridor is lagging behind with only 3 berths done; no roads and no ongoing pipeline works.

The vision 2030 plans foresee a robust economy, driven by a multiplicity of sectors. The reality however is that these projects are either dead, economically non-viable or have been made too costly by government sleaze. Tellingly, the economy is suffering under the weight of this disconnect.

In 2018, the government proposed to allocate 100 billion shillings to big power projects annually for 24 years. This is 2.3 trillion being invested in more electricity that the country does not need now and all economic indicators point to the country not needing before 2030. This is in excess of the debts being paid out to the investors that financed the completed projects like Olkaria geothermal, and the ongoing ones like Loyangalani wind project.

The cost of power will continue to rise; we will continue to lose investments to neighbouring countries that have normalized their electricity costs and the economy will suffer the consequences. Sadly, this country’s energy policy is powered to fail.

Ramogi is the Managing Consultant at Elim Consulting.