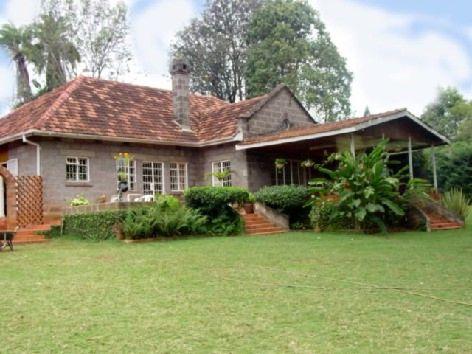 The mortgage lender had boardroom jostles when Britam and Equity Bank acquired majority shareholding in 2010, occasioning major changes in the board. The company seems to have shrugged off those developments and is on a stable management bearing. The managerial stability is enhanced by its effort to comply with the CBK directive for banks to have at least a third of their boards being independent directors.

The operational risks of the company are significant. The gross non-performing loans for the year ended December 31st is 3.2 billion out of a total of 35 billion worth of loans and advances to customers. This presents a 9.1% non performance exposure, much higher than the reserve.

Despite the deadweight HF is still an investment gem.

Housing finance feeds into the construction industry which is on the rise. More landowners are approaching lenders for development financing and HF remains a major player in this industry. According to KNBS, the construction sector grew by 13% as at the first quarter of 2013. This contributed significantly to HF and will continue to do so.

The mortgage sector is a growing industry. From the Central Bank figures, as at December 31, 2012, the total mortgage lent out stood at KES 122.2 billion, a growth of 35.2 per cent over the previous year’s figures. This growth is expected annually in this sector and HF’s significant market share of over 35% will prove fruitful in the long run.

The Ezesha product launched by the company last year is meant to enable the middle class access mortgages by offering 105% financing. This might be revolutionary in an economy where only 3% could afford mortgages. Here, the middle class with idle land but lack money can access development financing. This is anticipated to be a game changer, greatly contributing to HF’s value.

All in all, the company seems to be on a growth spectrum. The lender signed a contract with a landowner in Kiambu for the development of 220 new units in the county. This presents an opportunity for profitability. Further, the CBK approved a 20 billion bond for property development which the company waiting to launch later in the year.

Tremendous performance in 2013 is indicative of a growing counter. The industry dynamics are right, the organisational management is stable, the market is ripe, the strategy is potent and the company’s EPS has improved by a margin of 17.53% to 3.50. This is why I am buying this counter.

Mr. Odhiambo is the managing consultant at Elim Consulting. www.elim-consult.com