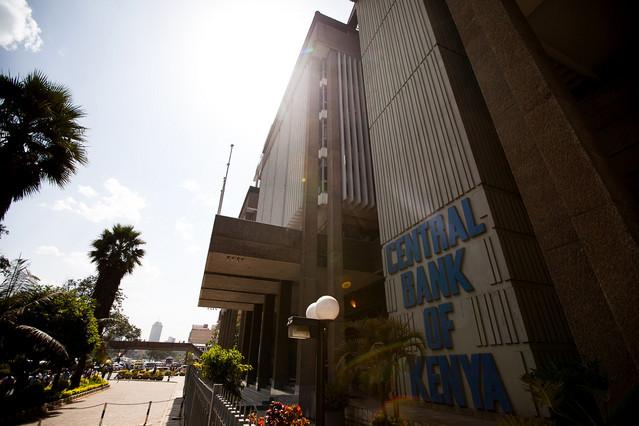 Continued investments in technology-based service delivery channels such as mobile and internet banking services has enabled banks to cut on operational costs and boost efficiency. Early this year, Barclays Bank ended a three-year staff restructuring plan that saw it retrench close to 500 employees. Kenya Commercial Bank also just concluded a multi-year restructuring program that saw it shed 120 jobs and invested in an electronic queue management system in a bid to manage its long queues. Equity Bank also recently completed an upgrade to its core banking system while Diamond Trust Bank is planning an upgrade on its banking system.

It is undoubtable that the trend is certainly going to create value for bank shareholders in the long run. Average efficiency ratios (cost to income ratios) for listed banks - KCB, Co-op Bank , NIC bank , Barclays, Standard Chartered Bank and Diamond Trust stand at 54.23% according to their 2013 results, down from 59.8% reported five years ago. As a result these banks have seen their profits rise in the five year period ending 2013. Overall, ROA (Return on Assets) rose to 3.55% from 2.67% while ROE (Return on Equity) jumped to 22.79% from 21.36%. Prices at the bourse have also mirrored this improvement as they have rallied at an annual compounded rate of 11.47% in the above period while NSE20 Index registered returns of 4.93% year on year. 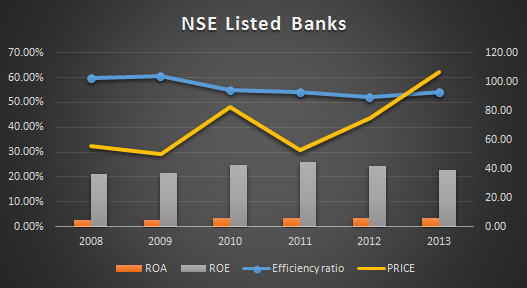 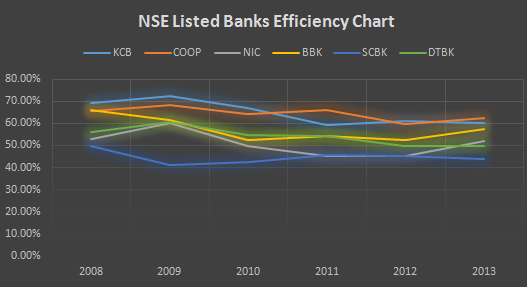 Overall improvement of efficiency and profitability has seen banks record impressive capital gains at the bourse. As banks embrace more online transactions, agency banking, mobile and internet banking, there will be more reduction of operational costs and thus lifting up of profitability. Betting on this fact alone in 2008 should have earned investors almost twice their investments over the above period. An investor risking KES 100,000 while spreading investments across banking stocks should have reaped KES 191,000 by close of 2013. However, investors need to stay the course despite a flagging market such as the one witnessed in 2009 and 2011 when shares dropped 30% to succeed.