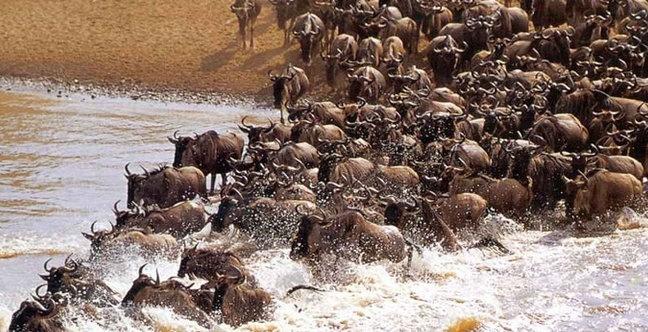 TPS Eastern Africa Limited posted its group results for the year ending 31st December 2013 which showed a remarkable improvement in profitability. Profits after tax rose by 35.4% to KES 668.5 million from KES 493.5 million due to an ongoing implementation of its diversification policy and strategy that has seen it extend its marketing and sales efforts to non-traditional markets. As a result, overall sales rose to KES 6.8 billion from KES 5.34 billion in 2012 while operational incomes jumped by 26% to KES 1.47 billion from KES 1.2 billion recorded in the previous year.

The impressive performance easily displays the company’s resilience as it has achieved all this on the background of falling tourists’ arrivals into the country. According to Kenya National Bureau of statistics (KNBS) tourist arrivals dropped to 1.1 million from 1.24 million in 2012 making it the third year in a row that these numbers are recording a drop. In addition, the March 4th general election coupled with the terrorist attack at the Westgate Mall later in that year all made the operating environment tough to navigate.

Investors appear to have priced in a losing year (2013) if its share price performance is anything to go by. The stock is trading down 22.2% year to date at KES 41. It remains to be seen whether the surprise positive earnings will bring a change in its downward trend. That said, perhaps what investors should consider going forward is whether the same performance can be repeated given same or even a worse operating environment. Below is a brief S.W.O.T. analysis of the business which investors can use as a guideline to this effect. 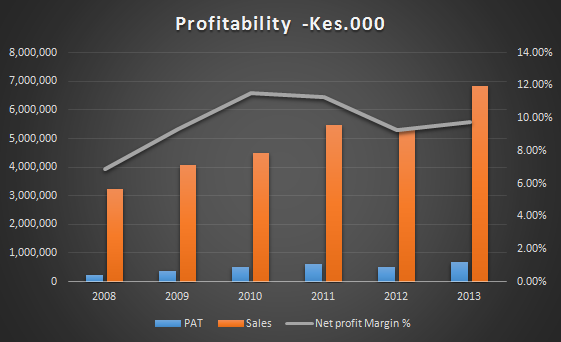 My honest evaluation is that TPS Serena is still an attractive stock but as long term play. Short term-mid-term investors may not withstand its short term volatility. The stock has steadily declined in the past three years by as much as 37.5% from a high of KES 68 recorded early in 2011. Year to date, the stock is down 5.5%. The hospitality stock trades below a bearish exponential moving averages making it least attractive even for short term bets. Again, investors betting in the recovery of the tourism sector but with a longer term perspective may participate in the stock.