Pan Africa Insurance: Undervalued With A Price Target of KES 293 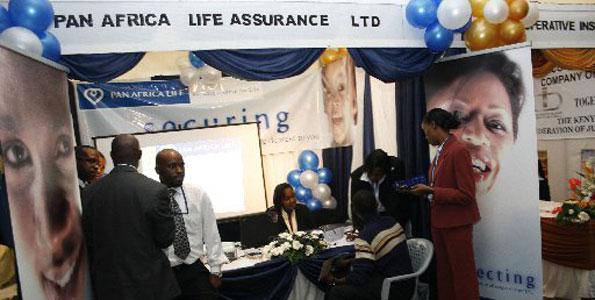 Not long ago, Pan Africa Insurance  featured in the news relating to acquisition plans buy a majority stake in Gateway Insurance, a general insurer. This may be interpreted as a defensive move since the listed life insurer has been losing out in the life business with its market share dropping to 12.5% in 2013 from 15.5% in 2012 thanks to increasing competition. If the acquisition is successful, Pan Africa may increase its market share by gaining re-entry into the general life business which will reflect on the company’s premiums.The company exited the non-life business in 2011 after selling its stake in APA insurance. Gateway’s Insurance’s main business is motor vehicle, personal and public underwriting and controls 0.6% of the general insurance market.

The acquisition will certainly go a long way to bolster its faltering life business. However this is not to say all is gloom and doom with its life business. In fact, Pan Africa has retained second position in individual life market share for the past five years (2008 – 2012) behind market leader Britam. Moreover, the insurer is still the market leader in group life market share topping 4 out of the past 5 years (second position in 2011). A peek at its fundamental performance shows a solid company relative to its peers (see tables below). Pan Africa insurance enjoys one of the lowest expense ratios in the industry (16.7%) while both return on equity and return on assets stood at 37.5% and 5.9% respectively as at the end of 2013 which is quite remarkable.

A quick projection (2015-2018) using Dividend Discount Model (DDM) based on the following assumptions: a discount rate of 7% (as a traditionally accepted long term rate of return on the market), earnings per share (EPS) and dividend per share (DPS) growth rate estimation of 8% per annum and 25%-30% per annum respectively, current P/E ratio as the terminal P/E measure, I forecast an upside to Kshs.293 from the current level which would equate to 25% return per year. Indeed, income-oriented investors would envy such a higher rate of return.

Assuming this model is right, then this “acquisition story” makes an interesting potential catalyst for realising Pan Africa value. At the time of writing, Pan Africa’s price-to-earnings ratio (P/E) was at 8.97, slightly lower than the sectors P/E ratio at 11.78 which further proves why this stock is a good buy candidate. Investors are advised to consider more facts about the company, both quantitative and qualitative, before venturing into the stock and not solely rely on this analysis.