Is ARM Cement a buy in spite of the premium valuation? - myStocks: Opinion and Commentary

Is ARM Cement a buy in spite of the premium valuation? 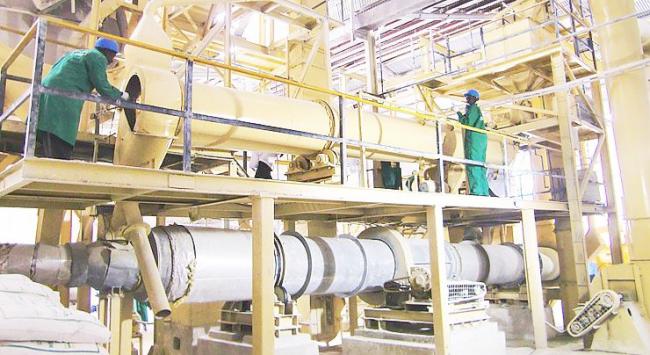 I think that the argument, “the stock price is too high relative to earnings, therefore it’s a bad investment can be faulty.” All too often, we give ourselves a pat on the back for setting up a system of criteria, screen to find stocks that match that criteria, and buy these kind of stocks. All too often, people say that they want a stock that has high growth prospects and is also extremely cheap. But all too often, I almost never find those kinds of investments. Plus, in the rare instance that something does, in fact, show up on a screen, there’s usually a caveat, a high-risk, for a very high reward. Sometimes the business is heavily cyclical, or in other cases, the growth rate was inflated due to an asset sale or some favorable tax treatment. In other words, I have found that in many instances, a criteria-driven investment model, where a high valuation translates into the stock being a bad investment, can be ineffective.

Latest victim of high valuation equals bad investment is ARM Cement . The cement manufacturer, with a current price-to earnings (P/E) ratio of 32.7, is almost 10 times higher than its sectors P/E. With such a high ratio, usually criteria-driven models will automatically “vote-out” such high multiple stocks. I differ from this approach. To support my argument, I look at a closely related multiple: price-to-sales ratio (P/S ratio) to prove that ARM is still a valid purchase in spite of the premium valuation.

As you can see from chart below, ARM's P/S ratio has fluctuated laterally over the last two years. It has range from a high of 3.91 in November 2013 to a low of 2.22 in January 2013. At the moment it is near the midpoint in the two-year range, being 3.07. As a result, I believe there is scope for it to move higher and recent momentum has shown that ARM’s P/S ratio has been showing an upward trend over the last two months. However, what impresses me about the trend is how stable (firm support at 2.78) it is relative to changes to its P/E ratio. Often stable, stable upward movements are a good indication that there has been a gradual change in market sentiment and, as such, we would expect to see ARM’s P/S ratio continue its upward movement over the short term. 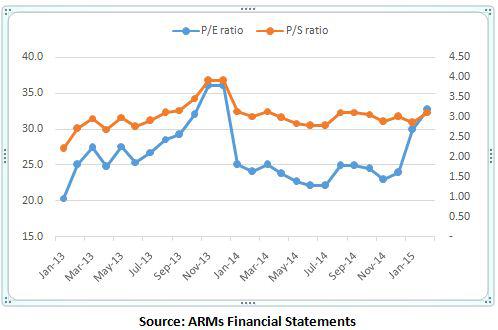 Indeed, the two-year chart above shows that there is considerable scope for ARM’s ratio to move higher. That’s because it is currently 25% below its tow-year high of 3.91, which indicates that the counter could offer good value for money at current levels. Sure, the last year has seen the P/S ratio trade in a narrower range than in the previous year, but the recent up-turn shows there is scope for a higher valuation.

I believe that ARM represents good value for money at current price levels. That’s because its P/S ratio is at the midpoint of its one-year range and has been trending upwards over the last several months. The trend has been fairly stable, which indicates that it could continue and such, ARM could see share price strength. Therefore, I remain bullish on ARM’s prospects going forward.