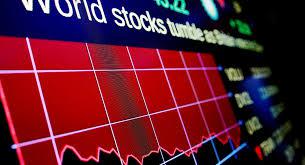 At least eight listed companies have given profit warnings ahead of their annual reports this year. Insurers Britam and Sanlam have both released profit warnings citing a difficult year in insurance and underperformance of the stock market. For companies that have invested in listed stocks, a bear run can be awfully devastating.

But the problem is not limited to insurers only; manufacturers Bamburi  and Sameer Africa have also found themselves in unfamiliar territory declaring profit warning to its shareholders. Bamburi Cement has had a good decade leveraging on its market leader position during the construction boom in the country. On the other hand, Sameer Africa has continued to enjoy a relative monopoly on tyre manufacturing in an era of influx of second hand vehicles from Japan. Indeed their warnings came as a surprise.

The other surprise was Kenya Power and Lighting Company, . The company enjoys a monopoly of power supply in the country. It has boasted of 73.42% connectivity as at 2018, quite an improvement from what it was in 2014 at 36%. The last mile connectivity program, sponsored by the African Development Bank, has resulted in new connections to the grid. However, it would seem like even though the company has over a million new clients, there is no additional income commensurate. Management has blamed depressed economic environment, poor hydrological conditions in 2017 and the protracted electioneering period for the poor performance. However, the news of dysfunctional transformers, unfavourable power supply contracts and overall mismanagement gives one a contrary picture.

Clothes retailer, Deacons , equally gave a warning of poor performance. The retailer’s strategy was pegged on targeting the middle class flocking urban malls. In the wake of the decline of the anchor tenants; Nakumatt and Tuskys supermarkets, their grand strategy flopped and the company is currently in great financial distress. Deacons is perhaps one more victim of the Africa rising narrative that baited numerous retailers in the continent to expand only for them to discover that the African middle class is significantly different from its western counterpart.

Housing Finance’s profit warning was not a surprise. The real estate sector has not been doing well. Too many offices are vacant. Last year, caretakers used free discounts of upto 6 months to attract tenants to offices. On the other side, high end and middle class homes remain vacant in many parts of the country as the effects of an underperforming economy begin to show. It’s a hard time to be a mortgage lender.

So how does an investor survive the heat of profit warning without burning his fingers? To answer this question one needs to understand their objective of investing in the first place.

Some invest to save for a project. In this case, they do not have the luxury of time to wait for a turnaround in the market. If I met such an investor before buying shares, I would advise them to put their money in a money market fund or an income fund with a fund manager. The funds can be joined with small amounts of money; the money remains liquid, grows conservatively and will not be exposed to high risks. But if they already invested in the market, they should consider an early exit and mitigate their losses by a few extra months of savings elsewhere. Truthfully, there is no clear end to the economic stagnancy as at now. The only hope would be the huge expenditure expected in the big four but with rampant corruption and mismanagement, reality might be very different from the plan.

If one is investing merely to save for a rainy day, it means they do not have a time limit, but their risk appetite remains mild. Again this segment of investors would best be served by a balanced fund at the fund manager. But if they are already in the market, an exit may not be a solution. Whenever there is an economic downturn, there will always be sectors of the economy that will experience windfall gains.

Currently, the economy is partly struggling because of excessive importation of cheaper goods. Chinese contractors come with their equipment, materials, cement and labour. In return local manufacturers struggle to compete with Chinese products. Companies like Sameer equally battle cheaper counterfeits. It’s a ruthless battle and battles are costly.

The mild risk taker needs to identify where the windfall gains are falling and mitigate his losses by investing there. The best performing counter in 2018 was Express Kenya . But in terms of sectors, the oil marketers delivered sterling results in the year followed by the bankers who finally recovered from the interest capping laws. Additionally, equipment importer Car and General shrugged off the Chinese fever and still delivered sterling price gains.

Finally, if one is investing to grow their investment, then risk appetite is high. The high risk taker must look on the long term. It would help to mitigate the paper losses in each stock by buying some more of that stock when the prices are low. Of course this again depends on the stock in question. A counter like housing finance is still a good bargain notwithstanding the momentary setbacks. Bamburi is still the cement manufacturing market leader in a developing economy, which means growth is on the way. For all its woes, KPLC will still bills 73% of Kenyan population and businesses for monthly electricity provision. A patient sage will enter paradise with these companies. I would not adopt this strategy with Deacons.

We are on the wrong end of an economic cycle, and I don’t think we have hit the bottom yet. So depending on your risk appetite, roll up your sleeves and get to work. Profit warnings are here to stay, and you better be prepared to handle them.