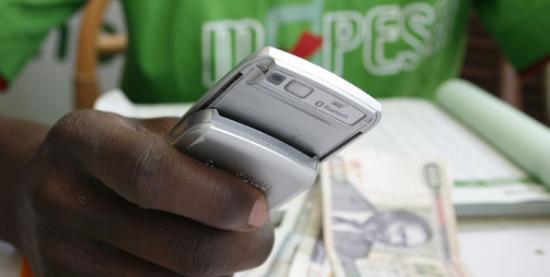 The company is listed at the Nairobi Securities Exchange since 2008. It is the only counter in the telecommunications segment; but indeed the largest firm in the market. Safaricom has over 860,000 shareholders with the government of Kenya and Vodacom having the biggest shareholding at 35% and 40% each. The firm is driven by over 4000 highly skilled employees. Safaricom has won the award for the largest taxpayer in Kenya continuously for the last 10 years. It is anything but humble.

In its humble beginnings, Safaricom came up with an innovative mobile money transfer service m-pesa. The service, acclaimed all over the world, literally buoyed Safaricom into the super profits territory and helped the company lock in its market share. Ten years later, M-Pesa is contributing over 20% of the firm’s revenue.

Yet growth has its own challenges.

It is generally assumed, and rightly so, that Safaricom has money. Tellingly, opportunists wish to take advantage and swindle the firm of its money. Fake bloggers, corporate hit men, legal commandos and of late politicians all want a piece of the pie, inconsiderate of the shareholders’ interests or the firm’s sustainability.

On March 1 2017, the minority leader in parliament proposed a law that would see the firm split into two units; financial services and mobile services. The lawmaker intimated that Safaricom is conducting banking services on its platform without proper licensing.

Additionally, the communications authority also commissioned a committee to look into the competition of the mobile telephone business. The committee tabled a report recommending the split of Safaricom. It would seem like both oversight bodies are convinced Safaricom must be split to enable fair play in the industry.

But what does the split mean?

The major reason Kenyans did not move to other operators during the price war years and even after the government implemented number portability was because they wanted to be able to send and receive money via M-Pesa; which could not happen if one is with another operator. The lack of connectability was designed to ensure Safaricom does not empower its competitors against it. This is still true today and a majority of Kenyans are with Safaricom because of M-Pesa. In simple terms, M-pesa supports mobile services and vice versa.

A separation would mean the two no longer enjoy the economies of scale hence higher costs. More importantly however, it would mean the two do not have unbridled access to each other’s markets and that will give an opportunity for competitors to get a market share.

Yet perhaps there is a silver lining in this cloud of uncertainty.

Corporate splits are a common scene, especially in the tech industry. In 2014 Hewlett Packard (HP) announced a split of its operations into HP Inc and HP enterprise. The firm wanted more managerial focus and increase in shareholder value. While all transitions are hard, one can say the objectives of the split were met.

More relevant to Safaricom perhaps is the ebay-paypal split. Both being very innovative businesses, the two split to access bigger markets, grow and deliver greater value. Ebay management recognised the fact that ApplePay was a great threat to paypal and they needed to give the latter wings to fly on its own. The resultant effect is that both companies have grown significantly working separately but in tandem with each other.

The launching of PesaLink by the Kenyan banks equally presents a real threat to m-pesa. If managed well, the bankers platform could tilt the scales in favour of the banks and leave Safaricom in the dark.

A split is thus good for safaricom.

It will empower m-pesa to fight competition, capture larger markets and deliver value. It will also shift focus from financial services only and enable safaricom to innovate further. Naturally, Safaricom and m-pesa will continue working together enjoying each other’s strengths.

Being the largest firm in the region is a good dream. Being the most profitable is a better dream. A split can still deliver on the profitability. However, split or no split, Safaricom remains an attractive offer.