Is there Hope for Kenya Airways? - myStocks: Opinion and Commentary

Is there Hope for Kenya Airways? 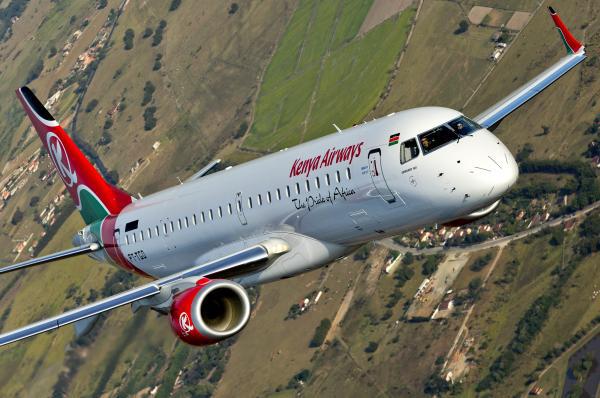 Kenya Airways Ltd is the flag carrier of Kenya. It offers commercial flight and cargo ferrying services. Founded in 1977 after the dissolution of East African Airways. It was wholly owned by the Government of Kenya (GOK) until 1995. In 1996 it became the first African flag carrier to successfully privatise. It is currently a public-private partnership, with its shares spread out as follows; GOK- 29.8%, KLM- 26.73% and private investors hold the remaining 43.47%. The shares are traded on the Nairobi Securities Exchange , Dar es Salaam Stock Exchange, and the Uganda Securities Exchange.

According to the IATA (International Air Transport Association) annual review 2015 report, the global aviation industry had a strong year in 2014. This solidified a positive trend in profitability after huge losses during the 2008/2009 global economic recession. The air transport industry’s profitability in 2014 is owed primarily to improving global economic conditions, which underpinned robust growth in passenger and air cargo demand. Lower fuel costs also helped, though due to hedging, some airlines have yet to experience the benefits of the decline in fuel prices.

African airlines experienced the slowest annual demand growth, up 0.9% compared to 2013. The load factor was the lowest among the regions, dropping by 1.5% to 67.5%. Passenger load factor, or load factor, measures the capacity utilization of public transport services like airlines, passenger railways, and intercity bus services. It is generally used to assess how efficiently a transport provider "fills seats" and generates fare revenue. This weakness in international air travel has been translated into Kenya’s national carrier, resulting in a 2% dip in the load factor to 63.6% from 65.6% in FY14. This slump in performance is partly attributable to the Ebola outbreak, travel advisories that had been issued by various nations, slowed down economic growth in markets such as Nigeria due to decline in the oil prices (oil being their biggest export) among other factors.

IATA forecasts that in 2016 globally, consumers will benefit from lower oil prices with lower fares, more routes, and spend 1% of world GDP on air transport. It also forecasts that economic development will be a big winner from the doubling of city pairs and halving of air transport costs in past 20 years. Governments will also gain substantially from $118bn of tax and from more than 58 million ‘supply chain’ jobs. Equity owners will see a far better 2016 with a greater than 8% average airline ROIC, above the cost of capital for the first time. Jobs in the industry should reach 2.5 million, productivity will be up 2.9% and GVA/employee over $100,000.Lastly, it is forecasted that the North American region will perform best with a 9.5% net post-tax profit margin in 2016 while Africa’s will be the weakest with 0.5% loss.

The airline’s top management has been going through changes. Mbuvi Ngunze, the former Chief Operating Officer replaced the former CEO Titus Naikuni in June 2014. CFO Alex Mbugua was recently sent home. In addition to this KAPLA- Kenya Airlines Pilots Association- has made ultimatums to the board demanding for the top management to be fired.

These is a comparison of the company’s statement of financial position for the year ending on 31st March 2015 and 31st March 2014.

The airline reported a stillness in turnover growth and a slowing down of cargo revenues. Despite the flat growth on revenues, the gross profit slightly scaled down in 2015 due to the decline in the cost of sales. The operating losses rose approximately by 500% mainly due to the impairment and retirement of the old fleet. The airline suffered large financial costs due to their unrealized and realized losses from their fuel hedging contracts.

We will first have a look at Kenya Airway’s profitability. The company has not paid dividends since the year 2013 due to its incurred losses. The year 2013 was the first time that the national courier did not pay dividends in 14 years. KQ’s EPS (earnings per share) declined from negative 2.25 to negative 17.21. EPS values below zero mean that the company is losing money and is the reason why it is possible to have a negative P/E ratio. A negative EPS is not desirable, but really depends on why and for how long. If the company is in a significant growth phase, this may not be an issue. Investors typically overlook this early on. If EPS stays negative and growth seems to be slowing, investors will typically begin to get concerned.

The ROE (return on equity) is negative 2.31 in the FY 2015 down from negative 0.11 during the same period in 2014. This is a negative signal since the company is barely generating anything for its shareholders and can be attributed to the negative equity position in their financials in the previous financial year. The P/E ratio improved marginally from minus 3.87x to minus 0.28x in FY 2015. This may indicate that the market will pay a bit more to obtain the company's earnings because it believes in the firm's ability to increase its earnings. Asset turnover declined from 0.71 in 2014 to 0.61 in FY 2015. Lower ratios mean that the company is not using its assets efficiently and most likely has management problems.

Looking at Kenya Airway’s liquidity, the firm’s quick ratio is 0.48 in FY 2015, up from 0.42 during the same period in 2014. A quick ratio lower than 1 may indicate that the company relies too much on inventory or other assets to pay its short-term liabilities. The firm’s current ratio is 0.5 up from 0.45 in 2014 indicating a marginal improvement in the company’s ability to pay its obligations. A ratio under 1 indicates that a company’s liabilities are greater than its assets and suggests that the company in question would be unable to pay off its obligations if they came due at that point.

The debt ratio for the FY 2015 is 1.03, up from 0.81.The higher this ratio, the more leveraged the company is, implying greater financial risk. At the same time, leverage is an important tool that companies use to grow, and many businesses find sustainable uses for debt. The company is also facing a stagnated operating cycle due to reduced passenger and cargo demand.

Kenya Airways pilots have suspended an action against the airline’s management planned for this week until February 2016 when a board meeting is expected to deliberate on their issues. On the 20th of January 2016, a lobby group announced that it wanted the top management of Kenya Airways disbanded within seven days, citing lack of confidence in its ability to oversee the troubled carrier’s recovery from a massive financial loss. Specifically, the group has called for the resignation of the chief executive officer and all directors who they accuse of mismanaging the company’s operations, fleet acquisition and network expansion.

Kenya Airways sent its Group Finance Director Alex Mbugua home, sold two planes and made changes in its board by replacing Mr Nduva Muli with Mr Irungu Nyakera the Principal Secretary Transport. The changes are part of a 24-item strategic plan drafted in November 2015 by American consulting firm McKinsey that involves job cuts, cost reduction, pricing and productivity improvement. The airline is also in the process of evaluating its sales, ticketing, and network planning and revenue management with the assistance of another American consulting firm Seabury.

Two Boeing 777-200 aircraft were sold to American Airline Omni Air International through British Aircraft Abot Aviation are part of a plan to shrink KQ’s fleet size from 52 to 45. The airline is also expecting Sh14.6 billion from sale of 30 acres of land in Embakasi and four Boeing 777-200 ER aircraft which Abot was contracted to sell. The real estate deal, which is expected to be complete by the end of January 2016, is expected to generate another Sh2.2 billion for the airline. The airline, whose total negative equity position stood at Sh33.9 billion by the end of last year is also in the process of cutting down its 3,900 workforce which as at last year was said to cost the firm Sh17 billion every year in salaries.

The increase in the firm’s operating costs has led to reduced margins, with the cost of leasing aircrafts and outsourcing services, highlighted as the main problem. High operating costs was one of the causes of the major decrease in profitability. This resulted in poor financial performance and declining profitability. Kenya Airways also continues to face competition from regional carriers such as Ethiopian Airlines and South African Airways. In the financial year ended June 2015, Ethiopian Airlines posted a net profit of Ksh 17.8 billion in comparison to the Ksh 25 billion loss posted in March 2015 by KQ.

Kenya Airways is also facing competition from budget carriers, exposing the firm to the risk of reduced market share if action is not taken. Fastjet launched flights from Dar es Salaam and Kilimanjaro to JKIA with plans underway to introduce flights between Dar es Salaam and Mombasa & Zanzibar and Nairobi flights by the end of the year. Implementation of the open skies policy is set to allow more airlines on the coastal route. The expensive ticketing system has resulted in Kenya Airways having non- competitive tickets in the market thus leading to loss of business to competitors .Frequent industrial unrests by employees has created a hostile environment for a healthy business environment. Lastly, frequent cancellation of flights due to lack of enough passenger numbers has led to poor customer relations and subsequent loss of even more passengers.

We would be cautious when considering to buy this stock. We would also hold on to the shares we already have in KQ and wait and see how the company performs in the next quarter. Though KQ faces many challenges, we believe that the restructuring by McKinsey will yield positive results. Financial optimization will be driven through the planned sale of assets (both land and aircraft) expected to raise KES 14.6Bn and restructuring of their short-term loans through conversion of short-term debt obligations of USD 250Mn into long-term debt with tenures of about 7 years. The firm received a $200 million bridging loan from Cairo-based Afreximbank in addition to a 4.2 billion shilling loan from the government. The resumption of the daily flights to West African nations may also fuel growth in the airline business in 2016. Introduction of direct flights to the US and lifting of various travel bans by nations such as US, France and UK is also expected to drive growth in 2016, In the run up to elections for 2017, Kenya’s political climate is also expected to contribute greatly towards the recovery of the airline and hospitality business.