Part 3: Buy the Stock That Splits - myStocks: Opinion and Commentary

Part 3: Buy the Stock That Splits 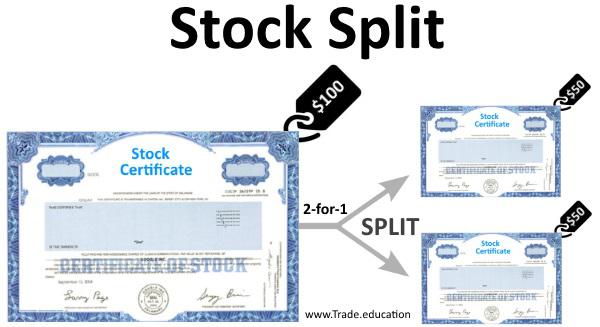 Companies split their stocks in order to make shares more affordable to investors. For instance, a two-for-one stock split has the result of cutting a stock’s price in half. What’s more, all of the data associated with that share will split as well. If a company is trading at Ksh.50 and reporting Ksh.4, on earnings per share, it is trading at 12.5 times earnings. After a stock split, the shares will trade at Ksh.25 and earnings per share will drop to Ksh.2, which is still 12.5 times earnings.

Despite seeing many share prices rising to near and/or pre-split levels, there’s no reason for that statement to be true, based on the way that stocks are valued as explained above. Perhaps, the only reason that a stock split would boost the stock price is that they those shares have become more affordable on a price basis. Most investors would agree that BAT Kenya is good dividend stock to hold. But a few investors can afford to buy even one single lot at Ksh.1,000 per share. That trade price is so high simply because the stock has never been split at least in the last 10 years.

Sadly though, some investors look at splits as stocks becoming “cheap” and so they pile in. This is erroneous for no amount of stock splitting will change any fundamental fact of the company. A lot of individual investors would love to rush into BAT Kenya assuming the stock splits to the point where it trades at Ksh.50 a share. Though that influx of new investor money might give it a fleeting boost to BAT Kenya’s stock price, the institutional investor who really knows the market won’t view the stock any differently for splitting.

A good example of case of a split that has underperformed is Kenya Power . In October 2010, the power company announced a one-for-eight stock split that brought its Ksh.225 stock down to Ksh.28. Five years later, the stock is still trading below its post-split price. Investors who had invested owing to its “cheap“ price must be regretting. This goes to show the market cares about the value as opposed to price.

Having said that. Of course, we have numerous examples of companies that have risen above their post-split levels owing to their strong fundamentals. A good example is Kenya Commercial Bank , which in March of 2007, split its shares in the ratio of 10 shares for every one held, moving its price from Ksh.240 to Ksh.24, nine months later, the stock was trading at Ksh.29.25 or a gain of 21.8%. The stock is currently trading at Ksh.41.25 (as at 15th October, 2015), or a cumulative gain of 41%.

In all, owning stocks of a good company that splits, can be good because the investor is given more shares in the company which could be beneficial in the future. On the other hand, owning a split stock simply because it’s cheap is bad investment. So, my opinion on stock splits is that there’s nothing wrong with stock splits, but there is also nothing to get excited about. Like a double-edged sword, it can cut both ways.