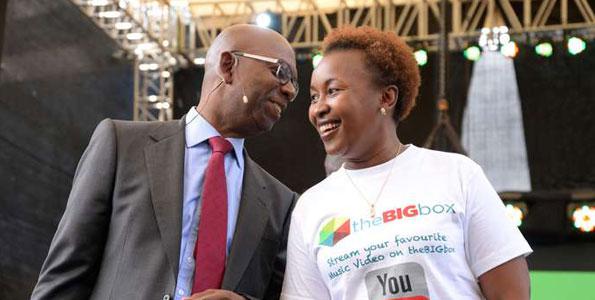 If you bought Safaricom shares 5 years ago, you have made a return of close to 600%. Safaricom has been one of the most stellar companies at the NSE , with a steadily growing shareholder value driven by its diversified revenue streams. From early 2015 when the bear season started clawing the gains made during 2013 – 2014 bull run, Safaricom is probably the only company that has held its ground while all other NSE-listed shares have been tumbling in share price, with profit warnings preceding earnings reports.

The question that comes out is how come Safaricom shareholders get to enjoy such above-market returns through the bulls and bears yet their counterparts in other listed companies are having the roughest of seasons at the NSE. Safaricom’s performance can be expressed well by taking a brief tour at the fundamental health of any listed company.

The sole responsibility of management is to make strategic decisions and create an environment for products to be developed and profitably run through their respective cycles. Poor management always results into poor decisions that affect product offerings and consequently lead to poor performance and exposes the company to potential loss of market share due to competition or obsolescence. From the time of listing in 2008, the company has exhibited revenue growth aided by the magical hands of Michael Joseph who steered the company into profitability during the ten years he was in charge before handing over the reign to Bob Collymore in 2010. In spite of the controversies reported on management accountability and transparency especially bordering on integrity issues, generally the company has enjoyed solid management that is business-oriented and this is shown by the immense growth Safaricom has seen since going public. As per latest subscriber reports, Safaricom has 69% of the market share and with most of its competitors lagging in product competitiveness, this number is bound to grow further going forward. Further growth is however pegged on how effectively they adapt to challenges posed by the MVNOs, with Equitel coming in with the all-inclusive market disruptive technology.

Safaricom has become synonymous with M-pesa more than anything else in the Kenyan business landscape. Beyond the mainstream Telco products lineup of voice, text & data, the mobile transactions platform has proved to be the cash-cow from which the company has created a beneficial ecosystem to with a vast reach both locally and internationally. Voice had been the company’s biggest revenue stream, but currently M-Pesa and data have taken over. M-Pesa now has a wide range of financial services including Person to Person, ATM withdrawal, Payments, Bulk Payments and Bank to M-Pesa etc. The company has strategically made M-Pesa the most conveniently popular payment method to a point it feels non-patriotic if as a Kenyan you don’t have the feature which means that at least we all need that Safaricom line in one way or another. M-Pesa currently accounts for over 80% of all mobile transactions in the country, which hit Ksh. 1 trillion in the last quarter as per CAK’s reports. In spite of M-Pesa being a technology product whose maturity and lifespan faces a lot of disruptive factors from new technologies, the ecosystem around the platform is what will give Safaricom enough time to adapt to any such threats since M-Pesa now has tentacles in almost every transaction aspect and so for an infrastructure to be set up to unseat Safaricom’s position, it will not happen in a single day and out of the blues. Shareholders will always count on the management’s ability to whether such disruptions. M-Pesa is now to Safaricom what Windows is to Microsoft, what iOS is to Apple.

As a shareholder the major emphasis on returns from your company are either capital gains or dividends. Good performance of a company should be reflected in how well the shareholders are paid. A growing dividend yield is always a good sign of a well performing company especially if the company is not going deep into its pockets just to pay off shareholders. Since listing in 2008, Safaricom has consistently paid off dividends every year, plus a steadily growing EPS;

Safaricom, even in the face of competition and recommendations of split due to dominance claims, continues to outperform the general market and is currently the biggest company in terms of market capitalization at the NSE, same as in the entire EAC region. Going forward the management however need to be keen on investing in new products away from M-Pesa as most of their products approach market saturation levels.

Statistically most technological innovations usually flatten out or are replaced after about 7 – 10 years. Even Apple with their revolutionary iPhones have had to go back into R&D to avoid the “Nokia Effect.” It’s imperative that the Safaricom management get over the M-Pesa hangover and instead invest more in R&D.

No leaders last forever, not in technology.