The Potential of Kengen - myStocks: Opinion and Commentary

The Potential of Kengen 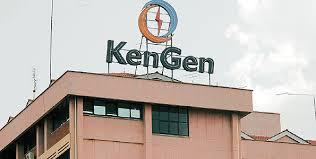 Kenya Electricity Generating Company Limited (KenGen) is the leading electric-power generation company in Kenya, producing about 80 percent of electricity consumed in the country. It owns thirty-two power-generating plants with a combined installed capacity of 1,617 MW from generation modes comprising hydro, thermal, geothermal and wind technologies. Its core business is to develop, manage, and operate power generation plants to supply bulk electric energy to the Kenyan market and the Eastern Africa region.

KenGen’s significant asset base, strong balance sheet, and integrated model set it apart from peers. Its large natural geothermal resources and capacity to execute large infrastructure projects give it strong capacity growth. It also has the advantage of industry experience as it has been in operation for 61 years as well as decades of technical experience in developing and operating diversified modes of electricity generation. KenGen’s main competitor are the Independent Power Providers (IPPs) particularly Iberafrica which has a generating capacity of 108.5 MW though this is very small in comparison to KenGen's current generating capacity of 1,231MW. Other IPPs include Tsavo, Mumias Sugar Generation and OrPower4 (Geothermal).

KenGen’s managing director and chief executive, Albert Mugo is an industry veteran who previously served at the Kenya Pipeline Company and Kenya Power. He spearheaded some of KenGen's power projects including 120MW Kipevu III in Mombasa and the 280MW geothermal plants in Olkaria. He is a registered professional engineer and a member of the Institution of Engineers of Kenya.

Mr. Joshua Kibet Choge, Chairman of KenGen Board of Directors, is an executive with over fifteen years’ experience in the public sector including the Purchasing manager and the Deputy chief Internal Auditor at East African Portland Cement.

Below is a summary of the company’s 2015 performance compared to the year 2014:

Revenue from sale of electricity by source

Profit before tax rose to KES 11,517 million propelled by capacity growth, improved performance, and tax credit from capital allowances enjoyed by the Company following the commissioning of 280 MW geothermal plants, Wellheads in Olkaria and Ngong wind.

Operating expenses increased owing to costs associated with operating and maintaining the newly completed plants. This includes recruitment of staff members with necessary skills to operate the new plants.

Other comprehensive income increased from KES 1,244 million to Shs 54,247 million due to revaluation surplus from property, plant, and equipment net of deferred tax.

KenGen’s EPS for 2015 is 5.24, up an impressive 306% from 1.29 in the year 2014. This ratio often used as a barometer to gauge a company's profitability per unit of shareholder ownership. From these figures, it is evident that the company has more profits to distribute to its shareholders because of being more profitable.

The amount paid as dividends to shareholders also increased from 0.4 in the year 2014 to 0.65 in the year 2015. Dividend yield (using today’s market price of KES 7.80/-) is 8.3% while the market average is 5.64%. This indicates that the company may be undervalued and shareholders are getting more cash flow for each shilling invested in an equity position than the industry average.

KenGen’s P/E ratio (using today’s market price of KES 7.80/-) is 1.5 which is lower than the industry average of 2.64. A low P/E can indicate either that a company may currently be undervalued or that the company is doing exceptionally well relative to its past trends. A company with a high P/E ratio will eventually have to live up to the high rating by substantially increasing its earnings, or the stock price will need to drop. Return on equity is 8.13% in 2015, up from 3.68% the previous year. This is a positive indicator as investors want to see a high return on equity ratio. This indicates that the company is using its investors' funds effectively.

Lastly, KenGen's debt equity ratio is 1.419 in 2015 down from 2.262 in 2014.While KenGen appears highly leveraged, risks of default are low given that the bulk of the loans are guaranteed by the State. The company is also assured of sales to Kenya Power at regulated rates. Usually, a high gearing ratio generally means that a company has been aggressive in financing its growth with debt which is often associated with high levels of risk. The company’s current ratio is 0.9506, down from 1.0966 from 2014.A higher current ratio (greater than 1) is always more favorable than a lower current ratio because it shows the company can more easily make current debt payments. This means that KenGen only has enough current assets to pay off 95% of its current liabilities indicating that the firm may face liquidity problems in the event it needs to settle its current liabilities.

Kengen aims to raise KES 28.6 Bn in a rights issue by June 2016. Minority shareholders will raise KES 8.6 Bn while the government has to put in KES 19.6 Bn to defend its 70% stake of KenGen. KES 20 Bn of this is expected to clear a loan owed by the government. KenGen’s board is now waiting for shareholder approval at the annual general meeting.

KenGen faced a lawsuit from OJSC Power Machines, which accused them of favouring a rival when granting a billion shilling tender for the supply of geothermal generation units. According to OJSC, the rival firm did not meet tender requirements because it lacked three years of experience. Following this, the National Assembly’s Public Investment Committee called upon the managing director to explain why they awarded the tender to Rentcco East Africa, a firm previously disqualified in participating in another contract for presenting forged documents. KenGen faced criticism for not awarding the tender to the lowest financial bidder as stipulated in the request for proposals and for changing the criteria in favour of the highest revenue bidder. Due to pressure, KenGen cancelled this controversial contract in November 2015.

KenGen’s ten-year strategic plan named G2G (good to great) transformation strategy begun in 2008. For the first 5 years, they aimed at stabilizing the power situation in Kenya by improving efficiency to boost supply, delivering ongoing projects timely, managing peak demand, and emergency power. For the last five years up to 2018, their main aim has been to create sustainable power growth in Kenya. This is by delivering optimal projects on time and within budget (such as geothermal and wind), growing supply ahead of demand to establish reserve margin and to optimize project portfolio. In addition to this Kengen aligns itself to Kenya’s vision 2030 - a plan to transform Kenya into a middle-income economy by the year 2030. It is projected that there will be an increase demand on Kenya’s energy supply. Thus, Kengen is required to expand capacity.

With analysts forecasting KenGen’s share price at around KES 13.32 compared to the market price of Ksh 7.80, we would invest in this stock with a long term view. We anticipate that the company’s outstanding performance will continue with the help of the rights issue. We also believe that KenGen will retain its competitive edge due to the already high installed capacity and the high barriers to entry in terms of large capital expenditure required by smaller competitors. The balance sheet restructuring will also greatly improve the company’s long term goals by eliminating the financing problems that may affect project delivery.