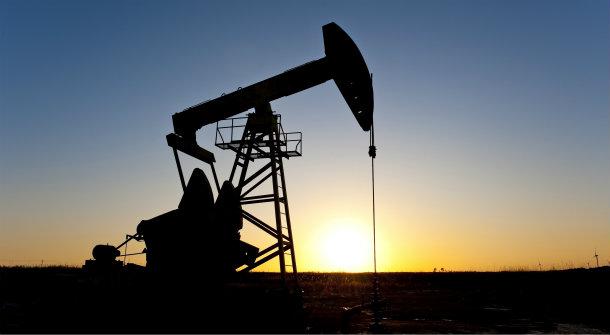 Registered in Guernsey and headquartered in the Kenyan capital Nairobi, ADSS has established offices across East Africa as well as Liberia. It is cross listed on London's AIM (formerly the Alternative Investment Market - is a sub-market of the London Stock Exchange, allowing smaller companies to float shares with a more flexible regulatory system than is applicable to the main market), and the Growth Enterprise Market Segment (GEMS) of the Nairobi Securities Exchange .

It was the first and currently the only dual listing between the London Stock Exchange and the NSE, and the fourth counter to list on the NSE’s GEMS.

The firm offered 10 percent of its Kes 393.9 million total issued shares for cross-listing on the NSE with price per share set at Kes 11.50 with a minimum subscription of Sh1 million per investor. It managed to successfully raise Kes 450 million (US$5 million) through a private placement to Kenyan investors. The shares started trading at Kes 13, on 17th December 2014.

In November 2015, ADSS announced that it was creating an industrial division with an initial focus on consumer based industrial projects to broaden its business offering. An acquisition agreement was signed to acquire East Africa Packaging Holdings Limited (EAPH), a company established to build a new state-of-the-art glass bottle manufacturing facility 45 km north of Addis Ababa, Ethiopia (the 'Chancho Project').

In December 2015, ADSS announced the decision to close their operations in Kenya and place its Kenyan subsidiaries - Ardan Logistics Kenya Ltd, Ardan (Medical Services) Ltd and Ardan (Civil Engineering) Ltd, into liquidation by way of a Creditors Voluntary Liquidation.

The liquidation was only for the Kenyan subsidiaries and not the holding company, which is the listed entity. This means that the company, will remain listed on the Nairobi Securities Exchange.

The outlook for services to the oil & gas sector in Kenya remains poor. The downturn in the oil and gas industry, market adjustments and the failure of certain key clients to settle debts, together with increasing creditor pressure are some of the factors that drove ADSS to make these decisions. They have decided to focus all of the Company's administrative functions and activities in Ethiopia for the time being as they continue to try win more businesses in sectors of the economy that are not oil and gas.

ADSS announced their joint venture (on a 50:50 basis) in Ethiopia in partnership with Orchid Business Group PLC, an Ethiopian company which specializes in infrastructure, construction, manufacturing and logistics and with over 2,000 members of staff.

Commissioning of the facility is scheduled for 2018 and full production will commence in early 2019.

Strong demand for domestic bottle plant as well as cans

The demand for glass bottles is largely unmet by local production and is at present mainly satisfied by expensive imports. Payments for these imports are done in foreign currencies mostly US dollars. This is a challenge because Ethiopia has fewer foreign reserves. It also takes time, sometimes many months to import high quality bottles. This in turn affects the ability of breweries to meet the growing demand.

Aluminium cans allow for shipping twice the volume in the same space, and weigh half as much as glass. The opportunity for ADSS comes in because the cans are easily damaged. Having the cans locally produced reduces this transportation risk, allowing ADSS to charge a premium price.

The above, demonstrates the strong demand for locally produced glass bottles. Production of cans is of interest as they can also open up an opportunity for regional exports.

Food processing is the largest and oldest manufacturing industry in Ethiopia. Demand is growing rapidly as a result of increased personal income and recent lifestyle changes. Economic growth and increasing urbanization are the two major factors contributing to per capita beer consumption in Ethiopia. Increasing consumer demand and a young demographic, Ethiopia has been attracting significant investment from international beverage companies with over $500 million invested to date.

Ethiopia is one of the fastest growing economies in the world. This is as a result of rising income, population growth, well managed infrastructure spending and stable government policies. GDP growth was estimated at 10.3% in 2014 and is projected to grow at 8.5% in 2015. Ethiopia is one of the least urbanized and most rapidly urbanizing countries in the world as only 19.5% of its population live in cities driving urban growth of 4.9% (CIA World Fact book).

Some existing imports and local production are low quality, with bottles suffering from multiple issues like;

2. Colours are variable - as local electric-arc only furnaces struggle to produce the correct brown colours required.

4. Irregular sides – causing scuffing in transport. This can be fixed with spraying, but is expensive.

All of the issues can not only be avoided with a western-standard production facility, but new additions such as embossed branding in the glass can be added. This will justify a premium price.

The key raw materials required for glass production (being silica sand, limestone, dolomite, feldspar, soda ash) are readily available in Ethiopia, thereby reducing the project's exposure in this regard. Silica sand and limestone deposits are found in both the Mugher Valley and Blue Nile river valley (60-85 km from Addis Ababa), while dolomite, feldspar and soda ash can also be sourced domestically. The preliminary assessments of potential sources and studies of local mining operations carried out by EAPH confirm appropriate grades are available.

Ethiopia subsidizes industrial electricity in a deliberate move to support growth and encourage foreign direct investments. The 3.75c/kwh (kilowatt-hour is a unit of energy equivalent to one kilowatt of power sustained for one hour) rate is the lowest in Africa. At this price, some reports estimate that electricity would account for only 10% of Cost of Goods Sold (COGS).

This greatly supports financing while limiting foreign exchange exposure. The Ethiopian government has designated manufacturing as a top priority, and are offering support via

development debt funding which will be available especially for projects that substitute imports. To qualify for this the developers must satisfy 4 themes:

2. US dollar creation via exports or import substitution

The main points of the plan are to encourage large-scale foreign direct deposit (FDI) in agricultural and industrial sectors, and provide infrastructure to support this such as road, rail and power lines. The manufacturing sector is considered one of the basic pillars of the economic restructuring, meaning there is tremendous government support for ADSS proposals as it satisfies the 4 themes.

What are the Risks?

As is with any new setup, the actual costs may be more than the budgeted costs. This can only be confirmed and actualized after the setup is complete and the plant is fully operational.

EAPH is a facility that will be larger than the existing two in the country. There is the risk that there may be insufficient demand for their products. On the brighter side most of the initial sales will be substituting the more expensive imports making ADSS products attractive. The growth rate from beer and beverage expansion is also growing and will push up the demand for ADSS products.

Any industry will always be subject to competitive forces. Competition threatens the price and may reduce the demand for ADSS products. However as much as the complex bureaucracy involved in setting up in Ethiopia are tedious and time consuming, they have played an important role in lowering competition.