Part 4: Cut Your Losses and Let Your Profits Run. - myStocks: Opinion and Commentary

Part 4: Cut Your Losses and Let Your Profits Run. 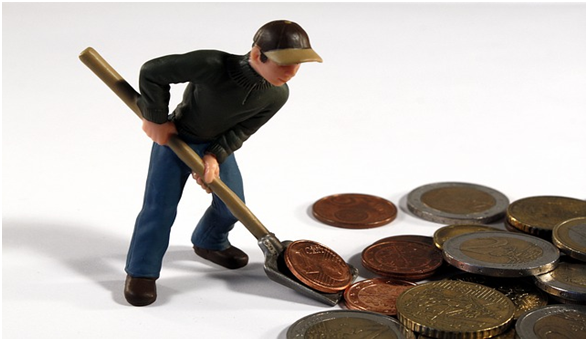 For an investment portfolio to make money over time, the bad picks should not lose more than the gains of the good picks. That means that investors have to limit losses by selling while making sure that the best choices have enough time to provide adequate return. It sounds simple, but a lot of investors do the opposite by selling their winners in order to take profits and holding onto the losers in the hopes of a rebound. The inevitable result to that strategy is a portfolio full of losses.

So, why is cutting-your-losses-and-letting-your-profits-run important? To explain this let me first start with a story. A couple of years ago, I remember watching an old video of a legendary hedge fund manager, Paul Tudor Jones, called The Trader. In one of the episodes, I noticed a small pin-up in his office wall that read: Losers average losers. I found it interesting but I did not appreciate the wisdom then until much later when I began investing. When I later found out that the man has had a long and profitable career in the hedge fund world, I begun to appreciate the wisdom of that statement. If investors are to enjoy long-term investment success, certainly averaging losing positions is a loser’s strategy.

In addition, amongst professional traders such as mutual fund managers, it is estimated that on average their best returns come from a few good picks and a willingness to admit a mistake in the face of those that do not pan out. These investors have a win rate of less than 50 per cent, meaning that more than half of their picks lose money. This means that the key to success is letting ones few winning stocks ride to make up for losses suffered from the many losing positions and produce gains on top. In other words, with win rates of less than 50 per cent, it essential for investors average wins to exceed their average losses.

In order for one to figure out how much bad news their portfolio can bear, they will have to take their average win and multiply it by their win rate, then subtract the average loss and multiply that by the loss rate. Let’s use an example. An investor with a 40 per cent win rate whose average wins returns 70 per cent and whose losers’ lose 20 per cent, they would be making only 16 cents on every shilling invested:

With the example, it is clear that even with 70 per cent gains on good picks, it is nothing to count on. As a result of the slim profit margin, our hypothetical investor will have to cut losses earlier in order to boost returns. Usually it takes a long-time for investors to finally figure out their win rate, however, the desire to better their portfolio performance should serve as motivation to want to find out. The work would entail analysing past trades and looking for year-to-year patterns. All the best in your search.