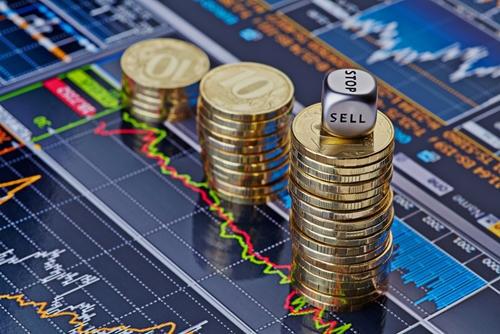 This is another one of those sayings that’s meant to save investors from hanging on to a climbing stock that later turns into a falling stock. It is true that with self-control and discipline, an investor can make a lot of money by taking small, substantial gains that add up over the life of a diversified portfolio. But unfortunately, for most investors, the game of harvesting profits is always done with little consideration to expenses incurred and slippage. As a result, what may look like profitable positions in a portfolio, may actually yield negative returns once closed after factored in expenses. Therefore, in this article, I explain that if not careful, investors may actually go broke taking profits.

You ask how? Let’s begin with the first scenario. Say that you own a stock that’s up Ksh.10 for the year and another that’s down Ksh.12. Taking the Ksh.10 still leaves you down by Ksh.2. Every portfolio will have winners and losers, but the winners have to win by a wider margin than the losers lose. Sure, that’s simple minded advice, but investors often spend a lot of time looking at individual positions and not enough on the entire portfolio.

The second scenario involves trading commissions. Since investing is not for free, investor can also go broke taking a profit because investing isn’t free. If one buys 1,000 shares of ABC company each valued at Ksh.10 for the total sum of Ksh.10,000. For this trade, the investor pays 2 per cent as trading commissions which totals up to Ksh.200. But that’s only half the cost. Selling the shares will cost money too. If the investor decides to unload all 1,000 shares at the same time, it will run into another 2 per cent. That means one can’t really sell a profit until ABC shares gain more than 2 per cent.

Mutual funds work the same way. If the investor invests in a load-bearing mutual fund (most Kenyan funds do have sales charges or entry fees) and pay the sales charges up-front, then they really can’t sell their shares in the fund until they have made up the 2 per cent of assets the investor gave up to buy the fund. In addition, investors have also to think of the management fee, which is roughly another 2 per cent for most local funds. This means for mutual fund investors, they would have to wait until the 4 per cent hurdle is climbed before considering selling just to break even.

The third scenario involves slippage. If one is invested in a less liquid stock, paper profits may easily be wiped out when trying to get out. Slippage is the difference between the price at the time the investor placed their order and the price at which that was order got filled. So, if an investor places a bid to exit at Ksh.10, but instead gets filled at ksh.7 (because the stock is illiquid), they may end up giving up all of their profits because of the price slippage. As a matter of fact, slippage tends to be a much bigger expense than commissions.

Now, you understand how taking profits can lead to a loss situation. Investors will need to consider so many factors and not profits alone when harvesting their investments. Otherwise, if the above conditions are not met, paper profits may not translate into real profits for the investor. The point to remember is that profit counting does not begin until fee counting ends.