A brief on Equity Group Holdings - myStocks: Opinion and Commentary

A brief on Equity Group Holdings 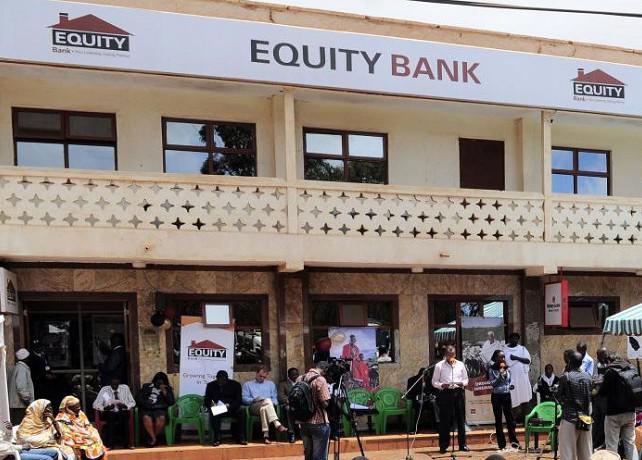 Despite its short tenure in the banking industry, Equity Bank has attracted both local and international recognition. Acknowledged for upholding high standards of corporate governance, its contributions towards building the nation as well as being a distinguished taxpayer in Kenya. In East Africa, it has been recognized by Think Business Banking Awards as the bank with the lowest charges. In addition to this, it has received the award for Best Bank in terms of customer deposits and the Most innovative bank in Africa. Mid this year the bank, received $200Million in foreign currency from the Overseas Private Investment Corporation (OPIC) to lend to youth and women led SME’s over the next five years. Equitel continues to grow its market share and according to the Q2’2015 report by CAK, Equitel’s market share increased from 1.9% to 2.4%.

Equity Group Holdings has a diverse group of executive and non-executive leadership. Peter Munga, the non-executive chairperson sits on the boards of a number of corporations and foundations both locally and internationally. The CEO James Mwangi was active in the transformation of the insolvent Equity Building Sacco into the fastest growing bank in the country. He was awarded World Entrepreneur of the Year by Ernst & Young in 2012 and Forbes Africa Person of the Year 2012 and Global Vision Award 2007.

Equity Group’s largest shareholder Helios Investment Partners has completed its exit transactions of selling its stake in the group. Helios had bought a 24.45% stake in Equity Bank at $185 million in 2007, becoming a major shareholder in the bank with two seats on the board. It started by selling its largest share of 12.2 percent going to Norfund and NorFinance, a joint venture investment company between Norfund and Norwegian private investors. The National Social Security Fund (NSSF) has taken a 5.58 stake in Equity Group while 5.4 percent has gone to UK-based investment firm Genesis. The remaining Helios shareholding is now with NSSF Uganda, Africa Alliance, Investec, Renaissance Capital and Black Block.

Profitability- Comparison between the third quarters of 2014 and 2015

Equity group’s profitability has increased from the previous financial period. Its earnings per share for the financial year 2014 is 4.63 up from 4.55 the previous year. A higher EPS is a sign of higher earnings, strong financial position and, therefore, a reliable company to invest money. Though the change is not significant, a consistent improvement in the EPS figure year after year is the indication of continuous improvement in the earning power of the company. The group’s Return on Equity (ROE) is up from 25.76% to 26.89% indicating that Equity is increasing its ability to generate profit without needing as much capital. Return on Investments (ROI) grew 70% in 2014 to 97.32% from 57.25% in the previous year. This indicates that the group is using its capital more efficiently to generate profit. The trailing price earnings (P/E) ratio for the 2014 financial year is 10.80, up from 8.57 in 2013 signalling that investors are willing to pay more for Equity’s share. Finally, Equity paid out an annual dividend of Ksh 1.8 per share, up from Ksh 1.5 in 2013. Dividend yield is 3.6% down from 4.88% in 2013.This is mainly due to Equity’s effort to reserve capital.

The gearing/debt to equity (D/E) ratio is 4.415 in 2015 up slightly from 4.401 in the 2013 financial year. A high debt/equity ratio (greater than 1) generally means that a company has been aggressive in financing its growth with debt. Aggressive leveraging practices are often associated with high levels of risk. This may result in volatile earnings because of the additional interest expense. Global Credit Ratings affirmed the national scale ratings assigned to Equity Group Holdings Limited of AA-(KE) and A1+(KE) in the long term and short term respectively; with the outlook accorded as Stable. The rating(s) are valid until August 2016.The group is adequately capitalized for current risk levels, with a total risk weighted capital adequacy ratio of 20.9% in 2014 from 25.7% in 2013. Asset quality indicators improved during the 2014 financial year, supported by loan growth, improved collections and a slowdown in new non-performing loan (NPLs) formation. Gross NPLs declined to 4.2% of gross loans and advances in 2014 down from 5.2% in 2013, which compared favourably to the domestic banking industry average of 5.6% in 2014. The group targets a gross NPL ratio of less than 5%.

The banking sector faces many risks such as liquidity, interest rates, foreign exchange, political and operational risks. The group faces political risks in its operations in South Sudan and security risks from its parent country Kenya. Liquidity risk is Equity has multinational subsidiaries in countries within the Eastern African region. This exposes it to a number of foreign exchange risks such as:

Equity’s faces the risk that its income, assets, liabilities and equities will change in value due to exchange rate changes. The group has made a net loss of Ksh. 2.334 Billion from translating the financial statements of foreign operations in the last three quarters of 2015. While its competitor Barclays reports zero net gain or loss from translating the financial statements of foreign operations, KCB reports a gain of Ksh 746 Million. This is a clear indication that the group is in dire need of proper exchange rate risk management.

When a borrower cannot repay the loan, Equity Group is required by law to maintain an account for loan loss reserves to cover these losses. The net non-performing loans (NPL) exposure for Q1-Q3 2015 is Ksh 1.433 Billion. Its competitors Barclays has a net NPL exposure of Ksh 2.103 Billion (as at June 2015) and KCB whose exposure balanced at zero (as at 30 September 2015). This indicates that if Equity has room to improve its credit risk management.

The shareholders of Equity Group Holdings (formerly Equity Bank Limited), have approved a raft of resolutions to set the foundation for the firm’s pan African expansion initiative. The approvals were secured during the firm’s 11th AGM and now place the Group on the path of a continental expansion of its banking, technology and related businesses. The firm will be seeking to grow its market presence to additional 5-10 countries in Africa over the next ten years. Alongside the market expansion, the Group aspires to increase its customer base of 10 million to 100 million at the end of the new planning horizon.

The Group will prioritize its entry on countries it considers geographically adjoining, high impact with under-banked markets such as Ethiopia, DRC Congo, Ghana, and Nigeria. The Group is also considering Malawi, Burundi, Mozambique, Zambia and Zimbabwe. The group also announced that it has closed the acquisition of 79 per cent equity stake in Congolese bank Pro-Credit after securing all regulatory approval.

The Group’s strategic refocus on SMEs is intended to consolidate the customer graduation and retention strategy. They supported this by revamping the product offering to this segment of customers, opening of seven Supreme Branches, recruitment and training of additional relationship managers and officers, and refocusing of Equity Investment Bank to SME advisory services. Finally, the Equity MVNO (Equitel) will give the Group the opportunity to continue its mission of furthering financial inclusion and innovative service offerings to all our customers through offering banking products securely on a mobile platform and make the delivery of banking services more convenient, accessible and affordable.

A survey carried out by 11 analysts offering 12-month price targets for Equity Group Holdings Ltd revealed a median target of Ksh 49.46, with a high estimate of Ksh 55.32 and a low estimate of Ksh 37.00. The median estimate represents a 26.82% increase from the last price of Ksh 39.25. Looking at the Group’s strategy and recent outstanding Q3 performance, we would hold our position in Equity Group as well as accumulate more shares.