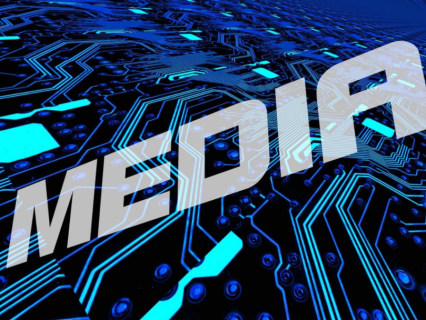 A great quote from the Smallville movie “Life is about change, sometimes it's painful, sometimes it's beautiful, but most of the time it's both” would perhaps describe the Kenya’s media situation best.

The woes of Standard Group Limited  started around 2010, when its price peaked at 42.25. In that year, it reported a profit after tax of 280 million. As if the directors were anticipating a storm, no dividend was reported. Then the talk of digital migration, a policy adopted in 2007, began and the market caught the fever and expressed their feelings on the counter. The share price fell to 22.50 in the following year with a reported profit of 147.

The uncertainty of an open digital market was not reassuring to investors. With a camera and a channel, anyone can start a TV station and broadcast on the digital platform. The quality difference would not be different. Investor’s fears were made worse by the decision by the three major media houses to go to court over the digital migration.

Upon winning the case to own a broadcast signal distributor, the group’s share price jumped to the 2010 high of 42.25. The idea of converting the free analogue TV terrestrial to digital pay TV assuaged the fears of investors. It meant that the major media houses would still have significant influence on the airwaves and would have financial benefit to their work.

Standard group’s frenemy, Nation Media Group’s performance has not been so dramatic. In October 2010, the share was selling at 139. The digital migration shivers equally affected the stock. However, due to its wide offering of TV, radio, newspapers and distribution services, the share easily shook the digital migration fears. It reported a profit after tax of 2 billion up from 1.5 billion the previous year. The share price reflected this sterling performance and closed at 144 in 2011. Price increase went on well for the next few years to climax at 323 in June 2013.

The real troubles of both SGL and NMG however begin from 2015, after the actual migration. SGL had a bear run that bottomed out in March 2017 at 18.50, shedding off 56.21% of its value by 2015. The company’s decision to diversify its products seems to be working as the counter has bounced back to 28.50.

NMG has not recovered from its bear run with the lowest price reported in January 2019 at 60.25. This represents a loss of 80.62% since September 2014 when the fall in price began. It seemingly is a hard time for the media stocks.

But what are the causes of the industry woes?

In 2008, the non-listed Royal Media Services established itself as serious industry player after poaching popular TV and radio presenters from its two main rivals, NMG and SGL. In the years following, their national radio outfit Citizen Radio overtook the national broadcaster as the most popular radio station in the country. This was on the backdrop of great success with the vernacular radio stations that were popular across the country’s rural areas.

In the years following, Citizen TV using its mass media strategy equally grew to be the leading TV station in the country, unseating KBC and KTN. With the advent of digital TV, capital outlay for higher quality TV and new equipment fell drastically and RMS greatly capitalised on this change by airing major national events live for free. Tellingly, this signified loss of business for both the NMG and SGL.

But competition for the media sisters was not only coming from RMS. New promising players emerged that took away niche markets from the major media players. Ebru Tv, Hope TV, KU TV, Kiss TV all came up to challenge the established players. Additionally, pay TV gave Kenyans access to international TV stations that were previously inaccessible. Channels like National Geographic, CNN, BBC, AL Jazeera meant more Kenyans spent time watching international channels and less of local stations. This translated to fewer billable hours to advertisers. The international competition has equally affected RMS’s viewership dropping to 28% in 2017 down from over 50% in 2015.

But NMG has also had some rough times internally. Established columnists walked out of the paper in 2018 claiming it no longer upholds journalistic independence. While directors expressed confidence that the impact was minimal on the paper, overall it has affected investor’s confidence in the position of the media house as the market leader. Additionally, NMG closed QTV and Easy fm thought of as being strategically important to the media house. It’s rigid management style has also been thought of as an Achilles heel in a fast paced industry.

Digital TV also made it easier to know the actual viewership and audience numbers. Advertisers no longer guess using big names. Advertising is more targeted and the windfall gains enjoyed by the big players previously no longer fell.

It’s raining in mediaville and it seems like the diversification strategy employed by SGL is the best approach. Moving forward however, to combat the influence of Royal Media Services, we might start to see mergers and acquisitions in the space as sole business ceases to make sense.