The Monetary Policy Committee (MPC) held a special meeting on 14th September 2011. The meeting had become necessary as the previous actions of the MPC this year had been largely ineffective, and the Central Bank of Kenya (CBK) had been forced to take a number of measures between the MPC meetings in order to stabilize markets.

The key pronouncements by the MPC at the meeting were:

The clarification that the principal objective of Monetary Policy is to rein in inflation and inflationary expectations is very welcome, as this removes the confusion that the objective of monetary policy is to promote growth. Whereas this may have been an immediate objective following economic conditions witnessed in 2009, this cannot be the continuing objective of monetary policy. Articles in the popular press and also by some analysts calling for lowering of rates by the Central Bank in response to inflation add to the level of confusion in the market.

The confusion in the policy response is cleared admirably in a discussion paper available on CBK’s web-site. We have provided relevant extracts from this paper in Annexure 1.

The revision in the CBR was the third increase in the rate this year, and follows a series of 8 cuts in the rate during the period December 2008 to January 2011. 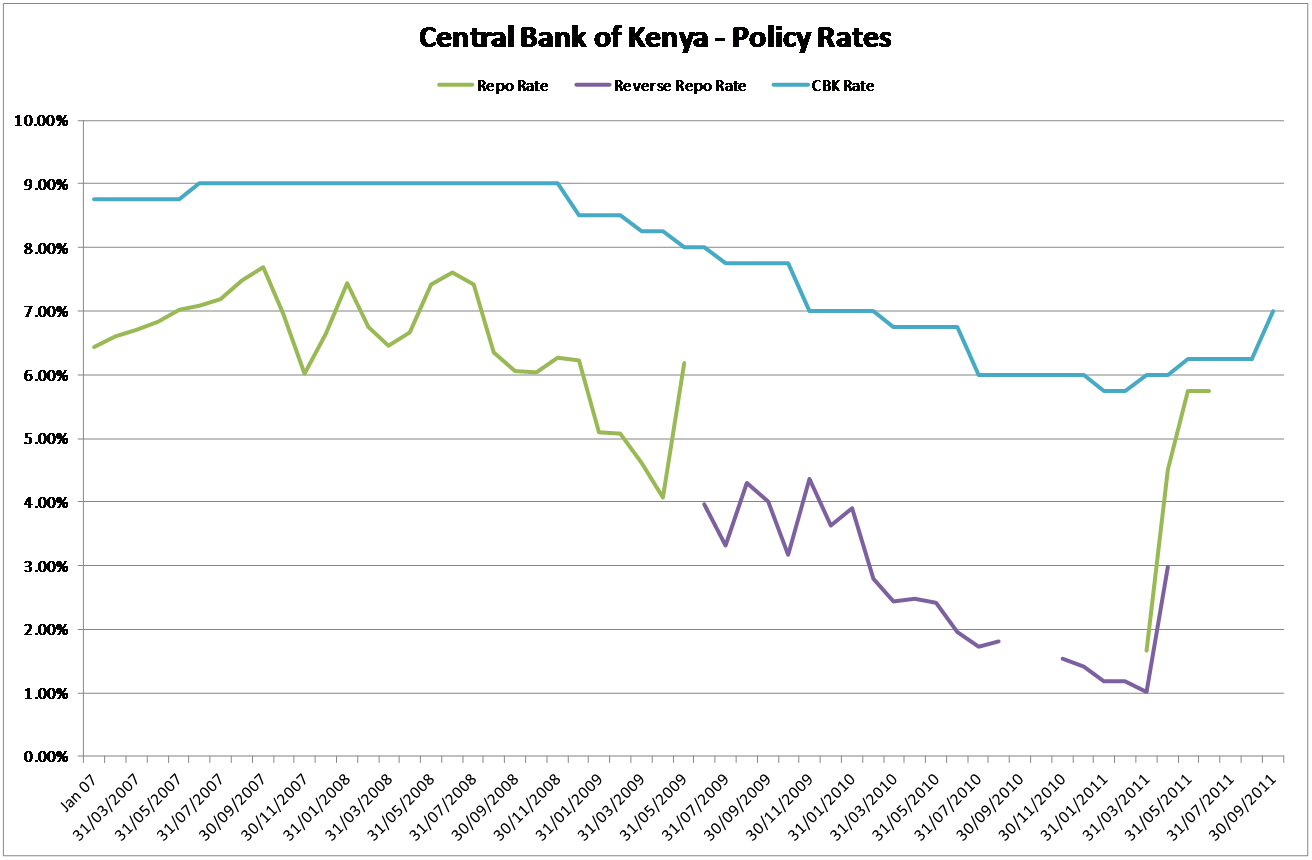 One of the key reasons for the volatility in interest rates and also in the exchange rate this year has been the perceived lack of consistency in the monetary policy being followed by the MPC. In order to reinforce the credibility of the policy, the MPC and the CBK need to address the following specific issues: