No easy walk for Standard Group - myStocks: Opinion and Commentary

No easy walk for Standard Group 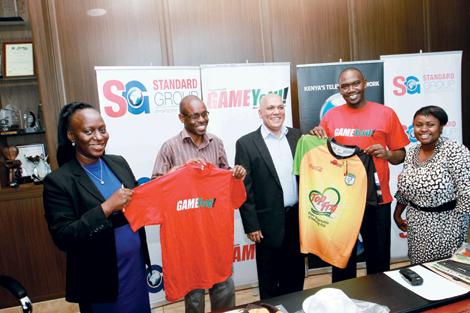 The Standard Group announced its results for the year ending 2013 seeing a 33% rise in turnover to KES 4.8 billion from KES 3.6 billion realised in 2012. Circulation revenue grew by 6% while print advertising recorded a 41% growth over the previous year. TV advertising revenue grew by 72% in the year. The group managed to record a rise in profits before tax to KES 301 million from KES 265 million in 2012, or an equivalent of 13%.

Despite the profitability reported in the past twelve months, a look at the last six years reveals a different performance picture characterized by declining profitability with both operational cash flows and profits before tax climbing down 11.2% and 29.8% respectively. While sales have improved by 70.9% since 2008, debt ratios have declined to 16.6% from 31.4% in the same period and rising operational costs have steadily eaten into the firm’s profits. Dividends for 2013 were declared at KES 0.50 after a two-year break. EPS now stands at KES 2.41.

The group has embarked on revamping its product offering in most of its media platforms since the departure of its former CEO, Paul Melly. Revised management structures have seen significant changes in its senior management. The new CEO has embarked on a number of initiatives aimed at reversing poor performance; these include revamping its TV content and launching a daily county newspaper - The Nairobian. 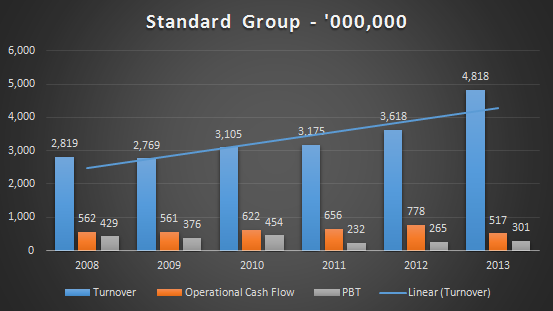 P/E ratio stands at 7 making it a cheap valuation. However investors are advised to keep in mind that returns in the past six years have yielded a negative 42.8% when the NSE 20 Index returned 33.5% in the same period owing to poor fundamentals. Choppy price movements as a result of its illiquidity also poses a challenge to its tradability. The firm has 81 million shares in issue.