The Income Challenge: EABL or BAT? - myStocks: Opinion and Commentary

The Income Challenge: EABL or BAT? 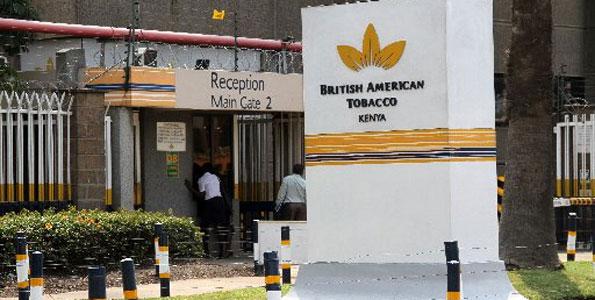 When a growth investor takes a position, the challenge is simple – pick stocks that afford the greatest potential for price change over the near-and/or long-term. For the income investor, the challenge is a bit more complex. While the ability for a stock to increase in price may be evaluated, its ability and/or desire to return cash becomes an important point-perhaps a superior point for many-of assessment.

Through a comparative vetting process, this article will take a look at two income producing companies with similar attributes in an effort to conclude which stock provides for the currently more compelling investment, primarily on a cash return basis, and to a lesser extent, a total return basis. The companies are British American Tobacco and East African Breweries . Both are mega-market-cap companies in excess of Kshs.80 billion and both currently yield about 4.11% - BAT pays Kshs.37 on a stock price of about Kshs.901, while EABL spots a dividend yield of 1.77%-pays about Kshs.5.79 on a stock price of Kshs.301 a share.

BAT can be referred to as the ‘’granddaddy’’ of dividend paying stocks due to its streak of dividend raises. The hike in 2013, almost 14%, marks the 5th consecutive year that the ciggarette manufacturing company has increased pay-outs to investors. EABL, on the other hand, has had to cut its dividend by 37% to Kshs.8.05 in the year 2013.

As far as pay-out ratio goes, EABL is likely to distribute about 60% of this year’s expected earnings, down from its 5-year average of 82%, while BAT rate should maintain it’s (close to) 100% dividend policy for the 2015 bottom line. Dividend growth at BAT has settled into roughly 14%, which seems to roughly match current earnings growth while EABL 5-year dividend growth ending in 2013 is negative (because of the 37% cut in 2013), growth stands at 1.68% in the 4-year period ending in 2012. EABL holds a positive records much higher positive cash flows. As of 30th June 2013, EABL recorded Kshs.8.3 billion as cash flow from operations-equalling nearly 3.39% of its market cap.

On the surface, we have two very mature companies that still exhibit seemingly robust forward revenue potential. In both cases, since 2008, revenue growth has averaged about 10%. However, from a dividend perspective, whilst BAT’s picture perfect track record remains intact, EABL’s rather flip-flop dividend policy is not awe-inspiring. However, given EABL’s lower pay-out ratio to earnings, a better cash flow position, and perhaps relatively better growth outlook going forward, my inclination is that EABL is poised to provide superior dividend growth and total return for investors over the long-term.